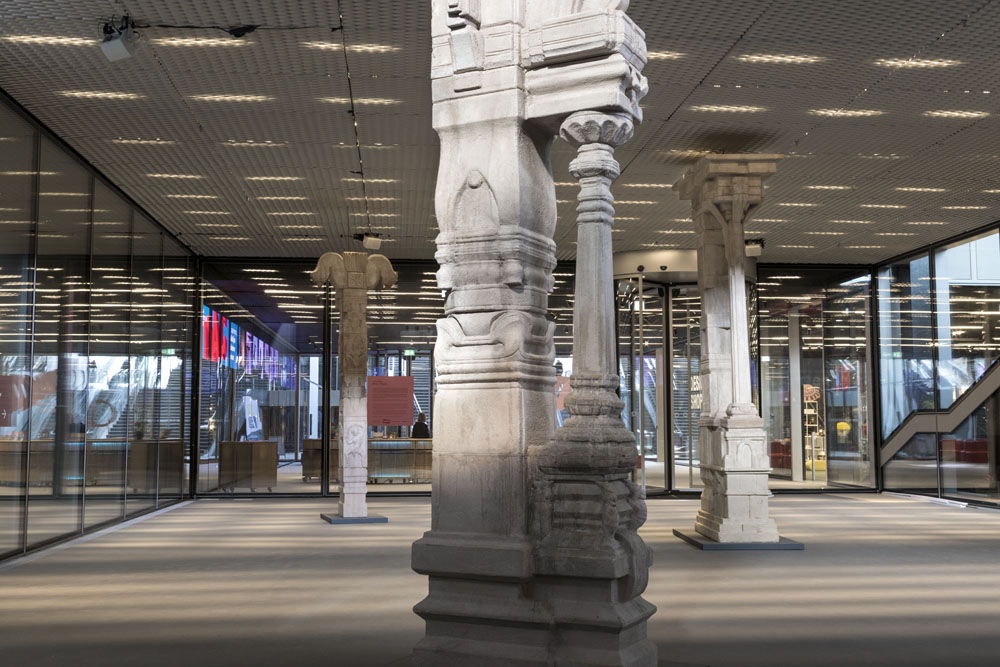 Ursula Nistrup’s work Pink Pillars emphasizes the relationship between sound and architecture. The three stone-like columns are actual life-sized versions of a range of unique “musical” granite pillars from the Vitthala temple complex in South India. The area’s ancient granite resonates when struck and Vitthala’s temple-columns can give off op to 16 different sounds when struck by hand. In the temple the massive granite stone from which the column is carved is suspended between floor and ceiling of the same material in open pavilions. Principally, then, it is not only the individual column but the building itself that omits sound when played, as if the temple was both instrument and space at the same time.

The second component of the installation is the sound piece ”Resonating Pillars, Instrumental” (2017) created by Ursula Nistrup, Cæcilie Trier and Tobias Kirstein. The sound is installed to create a kind of sound cloud around the columns. The piece is composed from the work Resonating Pillars (2017), created in collaboration with Royal Copenhagen, where Nistrup cast 16 hollow porcelain columns from the shapes of the column types in the Vitthala temple and created a composition from their individual resonating sounds.

The piece was shown in Lunds Kunsthal and Danish Architecture Center in Copenhagen. 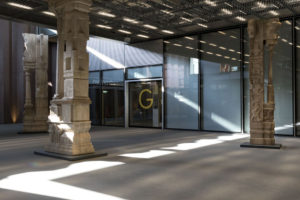 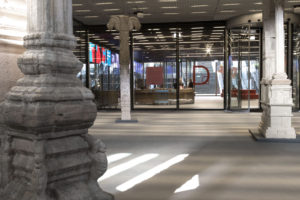 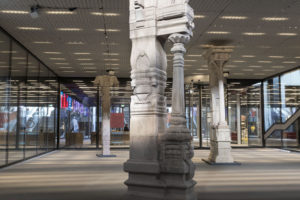 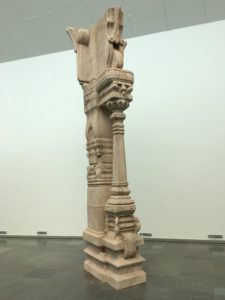 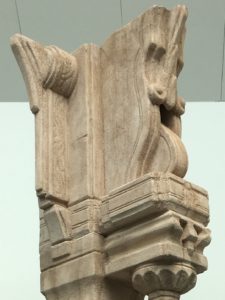 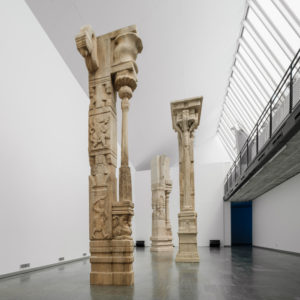 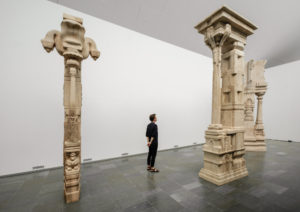