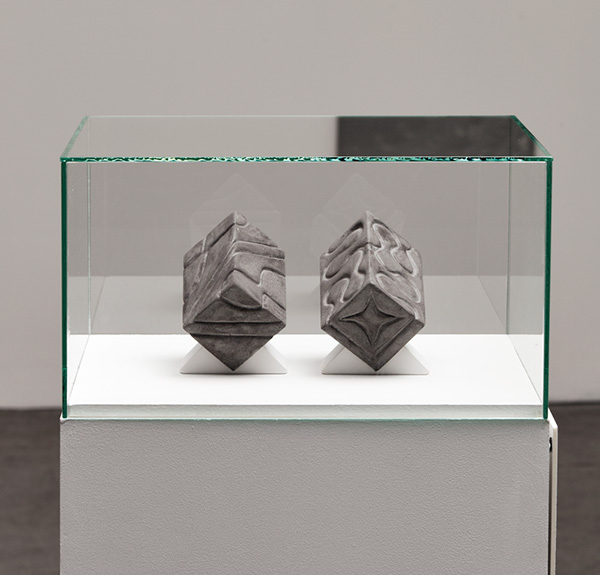 6 x 6 x 12 cm
In the 15th century Rosslyn Chapel in Midlothian, Scotland, a sequence of carved cubes displaying a selection of patterns protrude from pillars and arches. The sequence consists of 215 stone cubes, and the patterns on the stone cubes are believed to be similar to the geometrical patterns seen in the study of cymatics (see Patterns of Dissonance) in turn forming a musical score. However, over time, two of the stone cubes – or musical cubes – have been damaged to such a degree that their patterns no longer are visible. Thus, the musical tones represented by these two stone cubes are unknown, but speculation goes that these two stone cubes may have depicted the geometrical patterns of tritons.
As part of an exhibition at Sorø Art Museum, I collaborated with two musicians and together we found the tritone interval corresponding to the acoustic properties and material (concrete) of this specific exhibition space. These tones formed the basis of a musical composition performed on the opening evening of the exhibition (see A Musical Investigation of a Space in 3 Parts). Two cubes, corresponding to the damaged cubes in Rosslyn Chapel, were constructed and fitted with the patterns of these new tritones.

The year after, in 2015 I was invited for an exhibition at Rödasten Konsthall in Gotenborg. Here I collaborated with a team of musicians, to find the tritone interval corresponding to the acoustic properties and material of this unique building, build of red bricks. Two cubes, corresponding to the damaged cubes in Rosslyn Chapel, were here constructed in in red ceramic materials and fitted with the patterns of these new tritones. 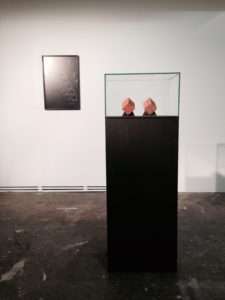 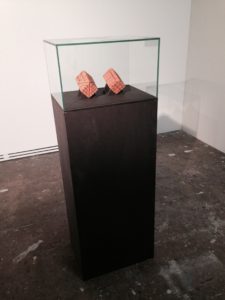 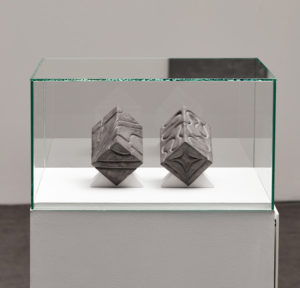 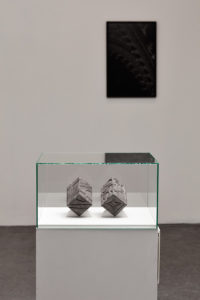