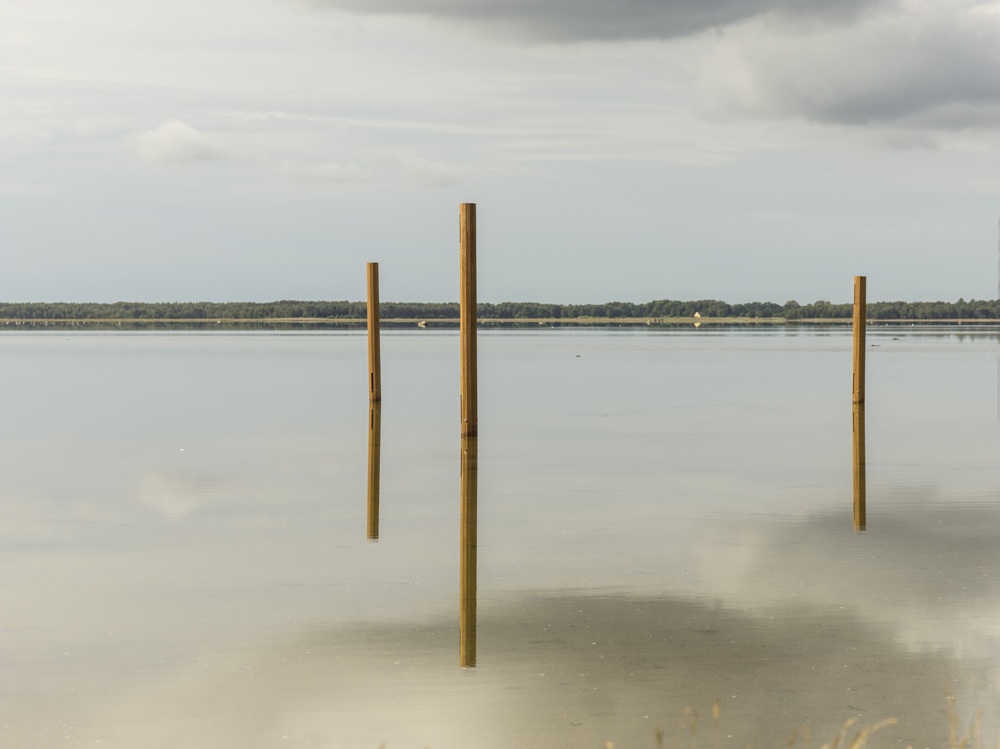 The work consists of three oak flutes. The flutes each have a different length giving each its own tone. Changing water levels further affects the sound of the flutes and thereby their tones. The work is permanently installed off the coast of Læsø in a tidal area – an important area for trade only a few decades ago. In addition to commerce, the high level of traffic also influenced the culture of the island, and especially its folk music tradition. During a visit to the island, I was told about a specific Læsø tone that used to be played – a musical tone that unfortunately no one remembered anymore. The work Probes of the Forgotten Tone is an invitation to remember and perhaps rehear this tone.