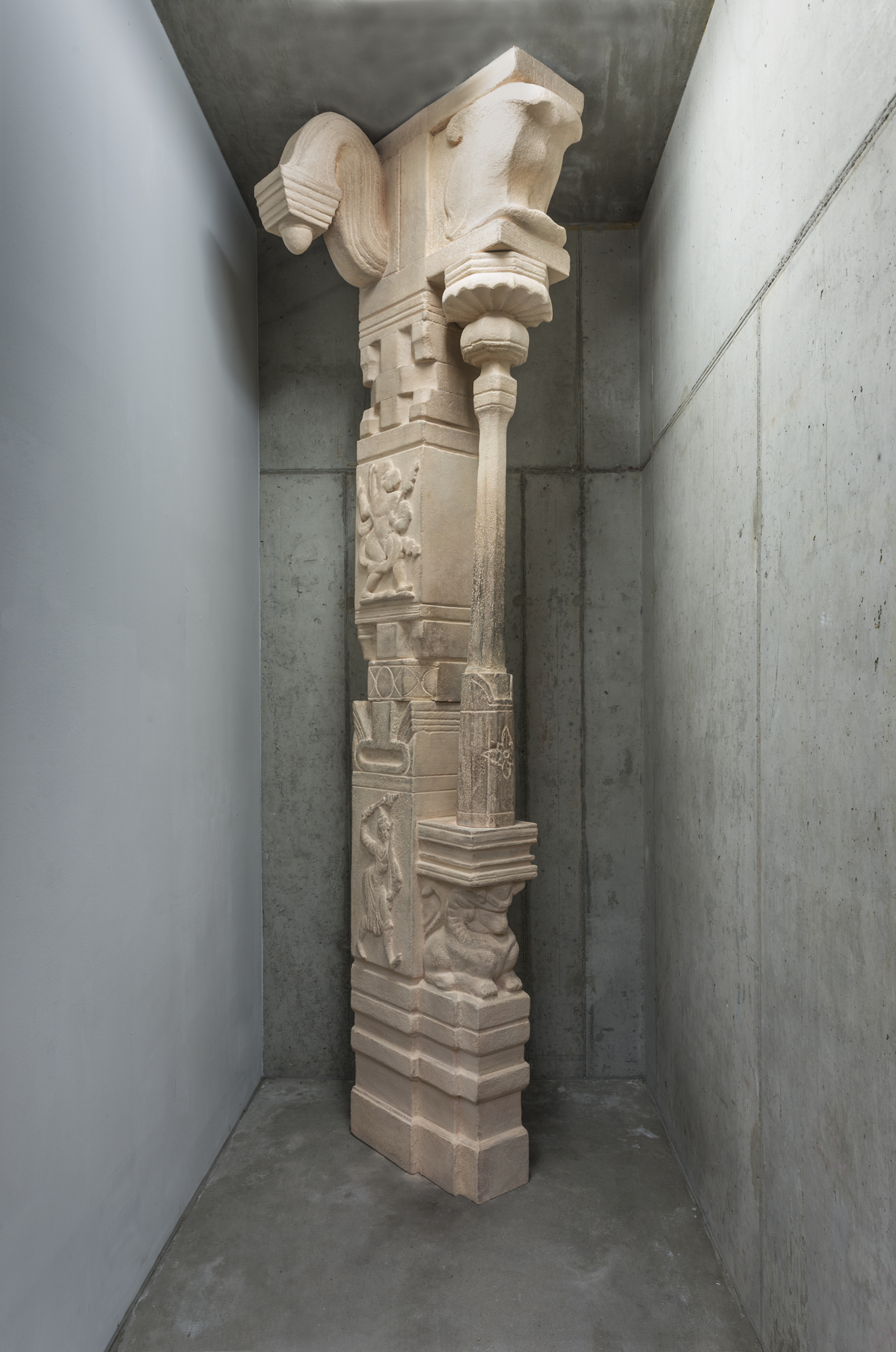 This project for die raum is a sound installation based on my research into the mystical musical pillars of the Vittala ­temple in Hampi in the Southern part of India, which dates back to the 15th century.
The installation consists of two parts: a sculptural element simulating one of the 56 carved musical granite pillars of the temple, and a sound piece with recordings of the melodious tapping of the pillars. Each pillar produces a distinct tone with a sound quality that can echo percussion, string or wind instruments. Like the winding of a guitar string, the weight of the temple structure on the solid granite pillars creates the tension that helps to produce the sounds created by the uniquely resonant granite.
My profound interest in sound and resonant materials, and my exploration of the relationship between architectural structures, acoustics and music will transform not only the 5m2 of die raum — but the entire building in Oderberger Straße — into an oscillating musical instrument. Accessible only from the street, the installation — with its “granite” pillar and mesmerizing soundtrack — transports the viewer to a distant time and place, as if it were an imaginary postcard.